Who Are You Listening To?

Who Are You Listening To? 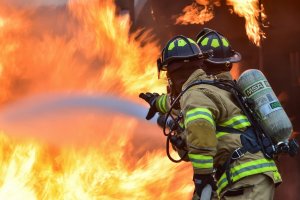 My first Fire Captain, Ruben Hernandez, at Engine 24 told me “if you wait to promote until you think you are ready, you’ll never promote”.  He said “You promote and learn as you go.  You’ll never think you are ready. You are.”  I chose to work with him because he was respected and worked at one of the busiest stations in the city.  He pushed me.  He would demand a lot from us.  One example was that we were expected to count the seconds the nozzle was open in a fire to estimate how much water we had used from our 750 gallon tank until a company outside connected us to a hydrant.  Mind you, this was expected in a building that was burning around us.  Counting seconds is not the easiest task when you are in that setting.  I’ve never heard of another officer expecting this level of attention again in eighteen years.

His crews have all promoted and he has since retired but he left an imprint on all of us who had the opportunity to work for him because he made us up our game and he believed in us.  I attribute a lot of my success in my career to this man.

Rank isn’t the only measure of success, however.  I now work with a firefighter who has never wanted to promote but who is constantly mastering his craft to be the best firefighter he can be.  This guy could go to any station he wanted to and get more rest but he stays at one of the busiest to do more of what he loves.  He functions on very little sleep to stay at a busy station so that he can do this thing he loves and constantly get better.  He makes me a better Chief because I get to learn from him and his experience.  He has probably made twice the number of runs that others have made in a thirty year career and he’s only been in 15.  If he tells me something about fire, rest assured, I listen!  He stretched past comfort to try to achieve greatness.  He is teaching the younger firefighters around him who will be better by their proximity to him.

A couple of weeks ago I looked at him, a Marine and Firefighter, standing in knee deep water helping rescue eight people from a bus that was stuck in a low water crossing in the rain on a very cold night.  When the long rescue was over I asked “are you cold?” He smiled and said “I was cold about an hour ago, sir.”  He was doing what he loved.  He made me want to be better.  The younger firefighter on the crew was smiling just as big and was just as cold.  He was learning what it is to do this selfless job with excellence and pride.

My father is an academic.  He’s an intellectual.  He’s a retired professor.  He’s an artist.  He’s also a welder and built his own house.  He’s a veteran.  He’s an expert marksman and is better at all of these than I’ll ever be.  He is the smartest man I know.  I know everyone says this about their fathers and they are all right.  They are all the smartest to us.  My dad however has read more books on more subjects than I will ever read.  He never spoke down to me though.  He expected me to raise my level of understanding.  So I read.  Dinner at my house was probably what you’d picture from a professor with an after-dinner discussion of something interesting and complex while he smoked his pipe and jazz played in the background.  Instead of wine, he’d probably have a Coors beer.  Being near him made me want to be smarter.  It made me want to accomplish more and know what I was talking about when given the chance to speak.  He made me stretch myself.  It was never stated but I knew he expected me to stretch myself in whatever endeavor I chose.  “Don’t ever half-ass anything” is about all the guidance he’d give.

I know a man in San Antonio who, as of last night, has 481 houses.  He doesn’t even own a computer.  When I get to be in a room with him I listen to every word he says.  He bought his wife a Cadillac when he had achieved some level of success and she made him return it.  I don’t think it’s just about the money.

No one in that room has fewer than five investment properties or notes.  This is a barrier to entry to this group.  There is also a fee to join it that is higher than any other group we have joined.  Dinner is 100 dollars per person and I am cheap.  So why do I go?  Because I get to sit in a small room with people who are way smarter than I am.  They make me up my game.

I am also in a small real estate mastermind group that meets twice a month and every person in the group is smarter than I am.  They force me to expand my vocabulary and learn new things or I’ll be left behind.  They share books with me and share their experience for me to learn from.  They inspire me to get better at this thing I have chosen to pursue.  I can only hope I help them stretch in some way too.  I guess that is ultimately why I write.  I want to be that for someone else.  Maybe someone who is where I was a couple of years ago and who can be pushed beyond what they thought their limits were, as I was.

This post is about stretching yourself out of your comfort zone to see what you have inside of you.  I often wonder why those who have achieved great wealth or success keep pushing.  I once thought it was greed or ego.  And it may be those for some but I find that others are fulfilled by growth and learning.  They want to see what they are made of and what they can become.  They are hungry.  I understand this desire.

A popular Jim Rohn quote is “You are the average of the five people you spend the most time with.”  This makes sense.  It would be easier if I had only one thing I wanted to be great at but it reminds me to be around those who make me stretch myself in all aspects of my life.  So perhaps we need clusters of five people each to surround ourselves with in the different areas of life we want to improve on.  Maybe five great parents and five people who are great at a sport we want to master, etc.  I suggest finding these people who make you stretch yourself beyond what you thought you were capable of and I think you’ll like what you find you have inside of you.  “Easy” is the worst word I know.  Every thing worth doing in my life has required work.  Go toward the challenges and you’ll be better on the other side of you accomplishment but I’ll warn you that you’ll probably be looking for the next challenge to see how far you can go.

I’ll never be as great a firefighter as my friend or as successful an investor as this gentleman and I certainly won’t be as smart as my Dad but I’ll keep stretching myself by being around these people and learning from them and I’ll enjoy the challenge.  We can’t be great at everything but for those things you aspire to be great at, pay attention to who you spend time with.  Look for those individuals who are ahead of you and find a way to be in their circles. Bring value to them.  And above all, Keep the Main Thing the Main Thing!