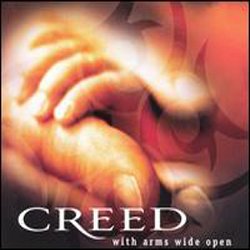 An absolute essential book for shifting your mindset.  If you haven’t read it go to the library and check it out or buy it this minute on Amazon.  Rich Dad Poor Dad by Robert Kiosaki.  This is probably the most referenced book on the podcasts I listen to when guests are asked about their favorite business book or real estate book.  If you haven’t read it, do it. NOW!

A few facts to set up this article:

I don’t really have many regrets in life.  I mean the gasoline on my boots as I ran through a campfire was probably not the best idea but here I am putting out fires for a living so maybe that experience was necessary to get to where I am.  The checkered flannel overalls I wore to the sixth grade dance – well those are a definite regret.  Nothing good came from that.

But I was asked recently what I would do differently if I was starting this business over.  It really made me think.  I’m going to explore a few things that I would do differently in the next few articles.  For one, I would have started sooner.  Time makes real estate investments better and better.  If I were starting over I would seek out successful investors to get advice from instead of listening to the trials of unsuccessful investors. I would have gotten my personal finances in order earlier. I would have house-hacked a few houses while I was more willing to move around. But for today, I want to focus on the starting earlier part.  This is not intended to dwell on things I didn’t do but to use those lessons to plan for the future and help those getting started. I also think about which of these lessons I could teach my kids or other young people who need financial literacy not taught in school.  So turn on the Matchbox Twenty album you secretly still love and take a ride with me back to the year 2000 when music was on discs and phones were for calls.

Twenty years seems so long ago in some senses but so recent in others.  Why 20 years?  Because I picked it.  That’s probably how long ago it was that I may have been able to figure out a way to buy a house – and it would have been very tough, but possible, as I didn’t have a career yet.  I was still a struggling college student.  I’ve had to make assumptions here in some values but I believe they are fairly accurate.  Let’s go.

In the year 2000, if I could have bought a move-in ready house it may have looked something like this:  a three bedroom, two bath house with a two car garage and a yard for 100,000 dollars.  My loan could have been a FHA loan with 3,000 down.  With a rate of 8.3 percent on the mortgage, my principal and interest payment would have been about $732.14. PITI would have been around 1000 dollars with mortgage insurance in place.

This would have seemed like a lot at that young age but maybe I could have rented rooms to my friends to help cover my living expenses.  Maybe I could even live for free.  This is what is commonly referred to as “house hacking”.  Then I could start saving for the second house.

Did you know that after a year, if I moved out, I could do this all over again (at least by today’s lending rules).  At that time there were more lending options like 80/20 loans and other structures that would seem exotic by today’s standards. Underwriting was also a bit easier – probably too easy, in fact.  But let’s say I decided to stay for three years and then refinance the house because rates were much lower.  Probably around 5%.  My payment would drop to $788.00 and then I take my savings and buy a new house with similar numbers and rent out the first house for 1100 dollars.  Gross cash flow is $312.00 a month. I know I’ll have expenses so I just put this in a bank account called “freedom” and I pay for expense as they arise.  Gradually this account starts to build.  If I house hack the second house then I can probably really stuff the “freedom” account.

Over the years I have options to keep buying properties and turning them into rentals.  I could also refinance them and pull equity (tax free) or I can pay some off.  I can sell  houses and trade up for apartments like Monopoly or I can get one rental and be done.  It’s all up to me and my goals but I have options because I planted these seeds and built equity.  But this is fictional and I didn’t do these things.  I did buy one house not long after this but I didn’t see the potential for investment until much later.  I wish I had!  But I am grateful for the equity that one house helped me create.

This example is assuming I bought at market price.  If I bought at a discount and created equity, such as with the BRRRR technique, it would magnify all of these assumptions dramatically.

So where would I be if I just did this first rental, purchased at market price, and stopped?  The house would be worth $185,000 today, the loan would be paid down to $56,014. That is $128,986 in equity!  Assuming an average cash flow of 200 dollars after expenses as rents rose, The cash flow would have risen and netted me roughly 40,000 dollars as a rental.  That is a total of 168,986 dollars from a 3,000 dollar investment.  Not bad, huh?  What is the return on that?  Well my calculator just exploded.  Just kidding.  It’s about 22.36% per year.  Oh yeah, and I wrote off about 50,000 dollars in paper losses against my rental income in the form of depreciation.  There will be a recapture at the eventual sale of the property unless you hold it forever or roll into larger and larger properties using 1030 exchanges.  But that is a topic for another installment.

So let’s be honest here: real estate’s appreciation isn’t really that amazing in a stable market like ours when bought for cash.  Referring back to the facts at the top of this article, the Dow gained 7.03% per year while real estate appreciated 4.12% annually and is much more work.  Granted, with the real estate purchased for cash, I would have made a small boat load of cash in rent over these 20 years but it’s when you add leverage that the returns really get interesting.  I wouldn’t sell 100,000 dollars of a Dow index fund to buy one 100,000 dollar house (That’s a lie – I would) but I would prefer to sell it to put down payments on 3 or 4 houses.  I hope this is beginning to make sense.  Residential real estate offers government insured loans that allow for some of the lowest rate, longest term debt available anywhere.  This is a big part of the appeal of the asset class.

Now if I did this several times over, we can extrapolate the wealth I could have created on a waiter’s tips, a little bit of knowledge, and that hunger we talk about.  If we did the BRRRR technique we could literally stump the calculator because the return would come back as infinite by leaving no money in the deals.  This is how those with less capital can get in the game – and win.

I don’t write this to say what I should have done or to bemoan the opportunities we missed but to point out that one day, not so long from now, we’ll be looking back at today laughing at country music that sounds like rap with pride or regret about what we did or didn’t do.  What are we going to do today to plant something for tomorrow? What do you want to look back on and be glad you did? What can we teach those young people around us about that could help them see these opportunities and understand leverage and real estate?

This week I ran into an ex-tenant who now owns his own home and a rent house.  He’s younger than me and we were talking about how these homes were building something for our future.  I told him that this was part of our college savings plan and that the tenants paid for it. Then I realized that he was one of those so I thanked him for contributing to my kid’s college.  We laughed and he was so excited about what these decisions could do for his young children’s future.

This stuff is ridiculous in the best possible way and I want to share it with those hungry enough to do something that isn’t that hard but that most people won’t do. Share this with those who could benefit from it. Tell them to avoid gasoline on their boots, encourage them to buy real estate smartly, and for crying out loud, don’t let them wear checkered flannel overalls to a dance! I hope this blog finds you well and that you keep the main thing the main thing!