I Hate Advice That Rhymes Except This Time….

I Hate Advice That Rhymes Except This Time…. 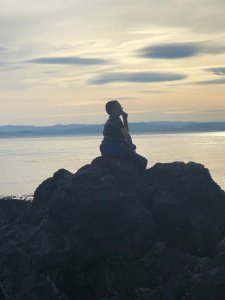 Have you ever heard “your network is your net worth”?  Well if you haven’t, it is often quoted or paraphrased in the world of entrepreneurship and real estate investing.  I really dislike cutesy sayings that are well-known and often repeated more for their rhyming, alliteration, or shock value than for their truthfulness.  However, I love the regional euphemisms and metaphors like the ones my grandparents used that both answer a question and make you chuckle as they give a real taste of the place a person is from.  For instance, my grandfather would measure how high a flood rose by stating that it was as “high as his roastin’ ears”.  I had to lean on my dad for interpretation.  This was in reference to the ears of corn on the stalk that were the “roasting ears”.  This both answered the question of how high the water rose and what kind of place my Grandaddy was from; as in a rural agrarian community.  My inability to interpret his reply also said something about me perhaps.

But this post is about real estate and I want to vouch for this one quote; as much as it pains me to do so.  I am here to tell you that this one statement, “your network is your net worth” is one of the truest I have heard, despite its’ cutesy, semi-catchy style.  I had to hear it from people I looked up to in the investing space before I gave it much attention.  I heard so much about networking that I decided we better start doing this networking thing.  I didn’t really know how to start.  We’d gone to a Real Estate Investors Association as we were considering putting my bachelor pad on the market to rent and we didn’t understand most of what was being discussed.  But we went back again.  We wouldn’t join because we were on the Dave Ramsey plan and being cheap.  We’d pay the guest fee and sometimes alternate who went so we didn’t pay two guest fees.  We couldn’t avoid learning though.  Then later my wife joined and I’d go as her guest when I wasn’t on shift.  We were starting to recognize who knew what they were talking about and who were learning just like us.  It wasn’t long until a wholesaler pitched a deal and we acted.  He was actually pitching two deals and we later bought the second one too.  These are two of our favorite deals to date.  And now he is an apartment syndicator and good friend.  I am certain that in the future we’ll be doing an apartment deal with him but it all started from a simple wholesale deal.

After this success I decided to be more vocal and really try to meet new people at these events.  No more being a wallflower.  After all we had a couple of deals under our belts now.  We could have an opinion!

Later I would go onto meetup.com and start to look for groups.  They were all a little different and they had different areas of focus but I started to recognize some of the same people showing up at these events.  At one, I started to talk to a woman next to me only to find out she was with a brokerage that catered to investors.  This lead into a conversation about my wife’s dissatisfaction with her current traditional brokerage.  She invited my wife to join her at a mastermind hosted by her brokerage and that led into a huge decision for our business.  Veronica ended up with this amazing brokerage which has lead to multiple lenders and deals.  And the woman who we met has become a great friend and business advisor.  She has lent money to us and we have bought a house from her.  None of this would have happened if we hadn’t been at that little networking event.

The new brokerage led us to workshops and later to the opportunity to teach classes.  This lead to more lenders.  Then we were asked to speak at the same group we were too cheap to join years earlier.  This directly led to more deals.  So this networking thing is something I mention in passing in my posts and discussions with people but today I want to give you just a couple of real examples of how it actually is, in some ways, your “net worth”.  If I was reduced to zero and had to start over tomorrow, do you think this network would be of value?  Do you think I could probably find a deal?  Or a lender?  I know I could.  This blog is to encourage others to find a way to get started and to show what has worked for us.  We don’t know it all and we aren’t good at it all but I know that networking is one of the keys to our success and I encourage others to give it a try.  It carries over into other industries as well.  Become a player in the game and deals will pass in front of you.  You have to be there to see them though.

There is this new thing coming out called the World Wide Web that should connect us from our desks and not require leaving our homes!  Pretty cool, huh?  I’m kidding.  While social media and the internet have allowed us to “connect” from wherever we are, there is something in a human interaction that cannot be replicated or duplicated.  I think online groups are great and can contribute to your networking efforts but I strongly recommend getting out of your house and meeting people in person.  You never know where a relationship could lead.

I hope this helps to validate the idea that networking really is important.  It has been our biggest source of deals and we truly believe it is time well spent.  Especially if you are on a budget, as most of us are.  You can spend some enjoyable time getting to know other investors in lieu of a massive marketing budget spent on mailers or search engine optimization as you get started.  I assure you that you’ll learn a lot along the way.  We learn something or meet someone new every time we go to a networking event.

So should you go to a networking event this week?  Does a one-legged duck swim in a circle?  (If you aren’t from around here, that is a “yes”!)

Just because a saying is cliche doesn’t mean it isn’t true.  “Your network is your net worth” is one of those that is cliche yet true.  Now don’t follow all rhyming advice but it is hard for me to see where this nugget could lead you astray.  You can invest your money and you can invest your time.  I suggest you invest both.  This is but one way to invest your time.  You’ll be surprised how helpful your “competition” is.  Most believe in the abundance theory and that there are plenty of deals to go around.  Many will share freely what they have learned.  So get out there and make some new friends and see where it takes you.  I think you’ll be surprised what comes from it.