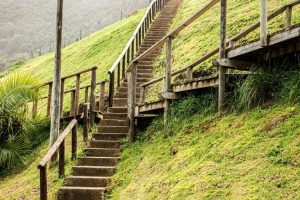 If I haven’t made it clear by now, I think that real estate investing is the best type of financial security available to normal people.  By normal, I mean those who do a job they were born to do but who will never be paid a huge salary or perhaps no salary at all.  I think of teachers, police officers, nurses, postal workers, preachers, military personnel, social workers, stay at home moms and dads, care-givers, construction workers, artists, performers and of course, firefighters.  These are the people who we all can probably agree provide an enormous value to our communities and to our country.  They are people who could make more money in the private sector but choose to follow a calling; or whatever term you prefer for that thing you do for the fulfillment of your purpose.  There are so many people I didn’t mention but the point remains the same.  I think of these people as the people who don’t do a job but who are their profession.  Good teachers are always teachers, whether they are at school or not.  They live to educate and inspire our kids.  They can’t turn it off.  They were meant to do this work.  I am reminded of this every time I go to my kids’ elementary school and the kids are working diligently and orderly and are smiling.  If I were to be given their job neither the kids nor I would be smiling.  I am not born for that job but thank God some people are.  Just because we don’t pay them what they are worth, doesn’t mean that they shouldn’t be able to achieve financial security.  And this concept carries over to so many professions or “callings”.  I believe that I was born to be a firefighter or at least my life lead me in that direction.  My house burned partially down as a kid and volunteer firefighters and police officers saved what was savable.  I didn’t know that you could make a living by being a firefighter.  My parents were academics and extremely intelligent and they thankfully allowed me the latitude to find my own path.  I found out that in cities firefighters were paid, full-time employees.  I gave it a shot and found my “calling”.  I love the job of being a firefighter.  I could write for days on the things I love about my career but suffice it to say that I fall into this group who is doing what I was meant to do.  However, as fairly as we do get paid, it wasn’t enough security for me.  I wanted more security than was offered by pensions and contracts that were shaped by government influence.  I guess I wanted more control.  So I studied finance and got my personal finances in order.  I studied real estate and began investing in it.  I wanted to see for myself if the rumors of the pains of being a landlord were actually true or just perpetuated urban legends.  I found that they were largely false.  I realized that anyone who wanted financial freedom could obtain it if they were willing to do the work to get there.  Now I want to inspire others to succeed in obtaining their freedom and overcoming their fears.  I want to help anyone and everyone, but especially those who are following that calling to serve others yet who aspire to more security and freedom financially.

In the next few posts I will be writing about some of the many ways that an investor can get started.  I’ll point out the pros and cons of each technique-from my perspective.  Most of these can be pursued over lunch breaks, nights, and weekends.  Someone told me recently that you don’t see a lot of investors who have one rental.  The reason for this, I believe, is that after you see the benefits of one, you will want to do more to reap more of those benefits.  So people tend to love the benefits and try to recreate it over and over, or they find it’s not for them and they sell the property and go back to traditional investments.  We flip houses from time to time but our focus and favorite type of investing is buy-and-hold investing for the long term.  Follow along through this series of posts and I’ll show you why.  There are many ways to acquire them with and without a lot of cash.

A good friend was discussing real estate with me and asked how many people that talked about real estate with me actually did something with the knowledge.  He asked if it was in line with the Pareto Principle or the 80/20 rule.  We’ve all heard mention of this concept originally developed by Vilfredo Pareto after an observance that 80 percent of his peas came from 20 percent of his pea plants.  This concept applies to many things. We can all think of situations where 20 percent of a group produce the great majority of the results.  We incidentally usually see ourselves as being part of that 20 percent-and hopefully we are.  Also, this Pareto fellow was a French-born Italian who was born in the 19th century so he has to be smart.  Kidding, but these ideas have held up to the test of time.  In regards to investing I would say that it’s closer to 95/5.  Meaning that five people out of a hundred that show interest in this stuff I am writing about actually get going with investing.  And that doesn’t account for those who may be interested but whom I never hear from.  And maybe that’s fine but there are also those who tell me they wish they had started much earlier; in fact I am in this group.  I was interested in real estate from the time I was a teenager and always allowed naysayers to get into my head.  If I had known what I know now when I bought my first house at 22 years old, I’d be in a totally different place financially today.  Many would-be investors considered it but who were scared away by the horror stories or the lack of funds.  I guess I am writing this for those who are close but can’t get over the hump.  If in ten years someone comes back and says that they started because of me and that their financial future was changed for the better because of a nudge I provided, it will all be worth it.  It isn’t for everyone.  But for those who want it, it is attainable.  You wouldn’t have read this far if you didn’t think there was a chance that you might want to go down this path.  So I will prod you to get into the five percent who act and help to make it 20 percent or else go down another path and be in the top 20 percent in that pursuit.  For me this meant doing things some may see as crazy such as stopping traditional retirement savings and taking a leap of faith by turning our house into a rental after being married about twelve days.  When you want something bad enough you can accomplish it.  I respect whatever that thing is for you and urge you to jump into it with both feet.

Follow along here if you need a nudge or want to learn more to see if this is for you or not.  Our version of investing is not the best or only way but it does work for us.  Others will have completely different techniques and methods.  I urge you to find yours.  If you get value from these posts, please subscribe to get the weekly updates.

I’m not selling anything (but I am competing with my son for subscribers and that guy is way cooler than me).  I am here to share what I have learned and to hopefully inspire you.  I am here to help.  I don’t know it all but I can probably help you find an answer or someone who specializes in what it is that you are interested in.  Keep moving forward every single day toward your goal and you will get there.  The first deal is, by far, the hardest.  Remember, most people who invest don’t stop at one house.  They either have several or zero.  There are plenty of opportunities out there for all investors so please share this blog with someone who may gain value from it.  I believe that this information can change lives.  It has changed mine.  The man who taught me about real estate first was my Grandaddy Lloyd.  He always said “Keep the main thing the main thing”.  He never explained it further or followed it with any more advice because I think it stands alone and can mean different things at different times; to different people.  It’s a kinda funny quote and kinda the best advice I’ve ever heard.  So for today and for life I suggest that we all “Keep the main thing the main thing”.